Chipping away at the personal debt problem – (THE NATIONAL) 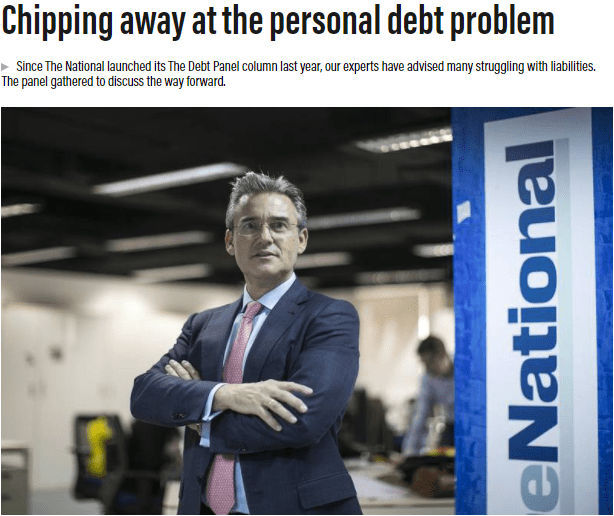 The National launched its The Debt Panel column last year, our experts have advised many struggling with liabilities. The panel gathered to discuss the way forward.

At the time of David Oliver’s arrest for unpaid debt in the UAE, he had no idea he was in trouble. In fact, he says he did not even realise his payments had stopped.

Sleeping on a plane during a stop off in Dubai from Bahrain to Kathmandu last October, the 62-year-old was woken by an announcement to identify himself. He quickly realised why. Once he was escorted off the plane he was arrested by the police. He is now being treated in a Dubai hospital because of a mental illness and cannot return home because of his outstanding debt of Dh335,000.

Please feel free to contact us. We will get back to you within 2 business days. Or just call us now