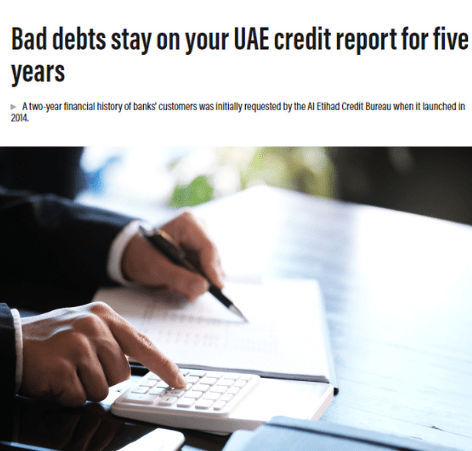 Missed debt payments stay on your UAE credit report for five years, according to the Al Etihad Credit Bureau.

The bureau confirmed the five-year cut off point after The National asked whether UAE banks are aware of previous defaults once a specific time per­iod has elapsed.

“Credit reports include default information only for the last five years,” the bureau said.

Initially the bureau requested a two-year financial history of banks’ customers when it launched in late 2014. At the time the organization said that the credit reports would include “consumers’ debt obligations and payment behavior patterns for the past 24 months”.

Please feel free to contact us. We will get back to you within 2 business days. Or just call us now